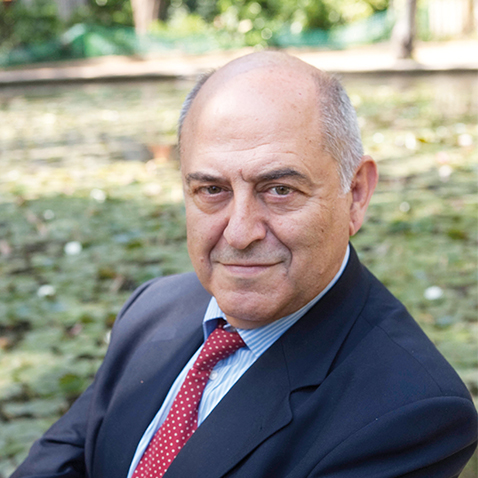 I lived my whole childhood in the alley of San José, but I went to the Ursulines School and to get there I had to border Toledo’s Cathedral and cross the passage of Balaguer, where old objects were exhibited. In those years, the Cathedral was part of the landscape. For a child, the Cathedral is an overwhelming and mysterious space. But, a few years later -when 12 or 13 years old- I sometimes walked inside it with a “Toledo’s Guide” written by my grandfather Juan Marina. I approached to some clueless tourists to tell them if they wanted me to explain what they were seeing, showing them then the book to show my family’s competence. Some people liked it and they listened to me. Fortunately, nobody accused me of unfair competition.

In memory, there are some especially attractive places. First, the cloister, where some Sundays I waited for my father who was going to mass at 1.00 pm hoping that he would invite me later to some mussels in a bar of the Four Streets. The cloister’s frescoes were also very entertaining to watch. And the huge figure of St. Cristóbal. Someone told me that in the nearby column there was a door that led to the false ceilings of the vault, a place that in my imagination had to be immense and full of ghostly stories. The truth is that I never tried to confirm or deny that story.

When I was a little older, my interests changed. At that time I thought that my true vocation was to be the Chronicler of the City of Toledo, a position that Mr. Clemente Palencia —who was my professor of Literature—, occupied at that time. That seemed to me a great way to live, always between books and writing a little. I could also have been tempted to be the Cathedral’s archivist because Mr. Juan Francisco Rivera Recio was my professor of History, but the ecclesiastical career did not attract me and, moreover, Mr. Clemente was a poet and occasionally a “supporter of the floral games”, a ceremony in disuse in which there were very cute girls. Definitely, the secular option won by a landslide.

From the Cathedral began to interest me a slightly dark corner, with some warlike frescoes representing the conquest of Oran made by Juan de Borgoña. I am referring to the Mozarabic Chapel, which leds us to cardinal Cisneros, whose death we commemorate.

He ordered it to be built to maintain the liturgy of the Mozarabic rite, that is, the one celebrated before the Arab invasion. The decision of Cisneros is intriguing to me. At the end of the 11th Century, an alignment zeal spread the Roman Rite to all Western Christendom. What motivated the Cardinal to maintain that ancient rite? Now, it would seem to us a very modern decision because we value the cultural differences very much, but Cisneros lived in an unifying time. It is very possible that at some future time I will study this man, who is enigmatic to me.

I do not want to end this article without remembering some visit to the Cathedral, in the company of cardinal Mr. Marcelo González, who honored me with his friendship. And another biographical note. I never went into the Treasure Room. But I do not have space to explain the reasons.