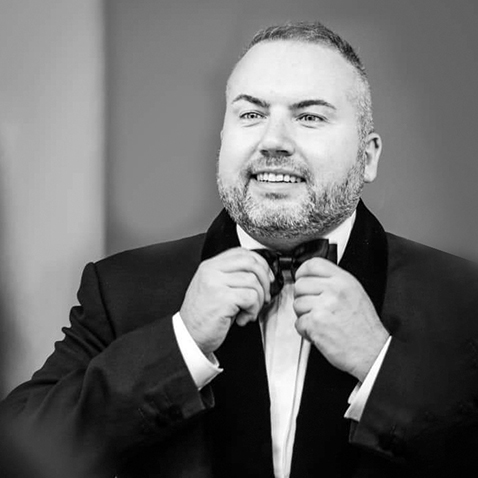 18 Dec To sing in a great cathedral, in “Toledo’s Cathedral”

For a lyric singer, to sing in an opera house is the greatest, but also singing in a religious temple with good acoustics is a double pleasure.

I owe this close relationship with Toledo and its Cathedral to a very special person. A person with an exquisite sensitivity to art and beauty, and an unconditional love for St. Teresa of Jesus and the Virgen del Sagrario. It was her cousin, the Spanish journalist Paloma Gómez Borrero, who put Marisa Martinez on my way.

The first time we did the recital about St. Teresa was together with Paloma herself and Antonio López. I remember the astonishment when going out to sing before that great magnitude of art and history. I pinched secretly my pants because, sometimes, one is not aware of the beautiful things that occur in life turning memories that will always remain within us.

The following year I was accompanied by the prestigious soprano Montserrat Martí Caballé. We really enjoyed doing a program dedicated to the Ave María. Under the title of “Blessed are you who have believed”. At the end of the concert we sang the Hymn to the Virgen del Sagrario, which has become a tradition in the concerts of the ladies of the Virgen del Sagrario since then.

The third concert was a tribute to Teresa Berganza. Although due to an indisposition she did not honor us with her presence, her granddaughter read a letter entitled “From Teresa to Teresa” by which she made a review on her career and explained what St. Teresa and mysticism have meant in her life. In this recital, Cecilia Lavilla Berganza, daughter of the most universal mezzosoprano, was the protagonist of this Marian evening.

This year marks the 450 anniversary of the fifth founding of St. Teresa, commemorating the first meeting between St. Teresa and St. Juan de la Cruz in 1569. The Primate Cathedral of Toledo celebrated this anniversary with the show titled “Examen de Amor”, in which Emilio Gutiérrez Caba, one of the greatest Spanish actors, took part.

We hope that this wonderful proposal led by Marisa Martínez will consolidate this recital while making it grow every year thanks to its unconditional love for the Cathedral and Toledo.

Thanks to the Cathedral’s Chapter, his Dean-president, Mr. Juan Miguel Ferrer, his counselor, Mr. Jesús Martín, the former Dean, Mr. Juan Sánchez, and especially to the Archbishop, Mr. Braulio Rodríguez Plaza, who always has presided and supported this beautiful initiative with love and hope.